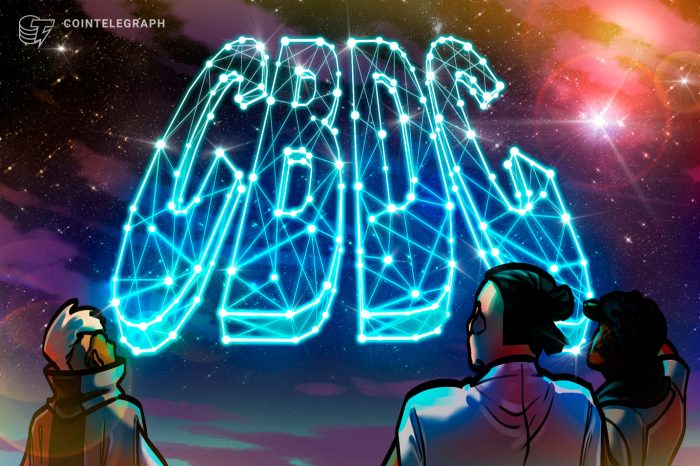 Crypto influencer Sentosumosaba shared on Twitter on Tuesday that Ripple was in the midst of several CBDC pilot programs, including one in Bhutan and the other in Palau.

Ripple’s senior adviser Welfare, who handles CBDC Europe and global partnerships, responded on the same thread, teasing there could be “more CBDC announcements” in the “next few weeks.”

The company has become increasingly active in the development of central bank digital currencies since piloting a private version of the XRP Ledger in March 2021, providing a platform for central banks to securely issue CBDCs.

Just last week, Ripple was identified as one of the initial participants of a “Technical Sandbox Program” launched by United States-based think tank Digital Dollar Project, aimed at exploring the potential technical and business ramifications of a CBDC in the United States.

Ripple also joined the European think tank Digital Euro Association as a supporting partner in February to jointly drive the development and growth of CBDCs and the Digital Euro.

In September 2021, Ripple Labs announced it was partnering with the Royal Monetary Authority of Bhutan to pilot a CBDC in the south-central Asia kingdom to issue and manage a digital ngultrum aimed at improving cross-border payments.

Two months later, the blockchain company formed a partnership with the Republic of Palau to help the Pacific island develop its own climate-friendly digital currency, though it said it would act more like a USD-backed stablecoin than as a CBDC.

The competition attracted 483 participants to build CBDC-focused applications that either improve interoperability of CBDCs and digital assets, make it easier for retail use and interaction, or bring banking to underserved populations.

According to the CBDC Innovate website, the first stage finalists are set to be announced on Sept. 8, who will then move to the second phase of the competition.